Banana cream pie is one of my most favorite desserts. My mom even craved it while pregnant with me. However, while I love to eat it, I hate to make it. It’s a process that doesn’t have a pretty ending. Ever.

So when I really wanted banana cream pie today, I took a shortcut. 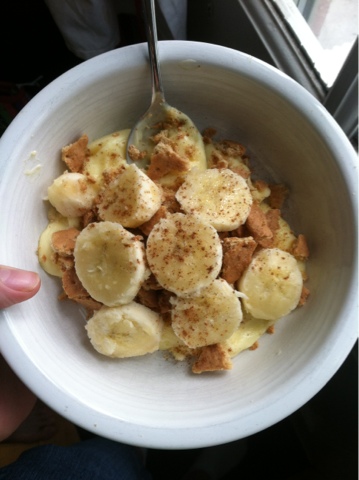 Mix 1 package of banana pudding according to directions. I used whole milk to make it really thick.

Refrigerate until thick and chilled. 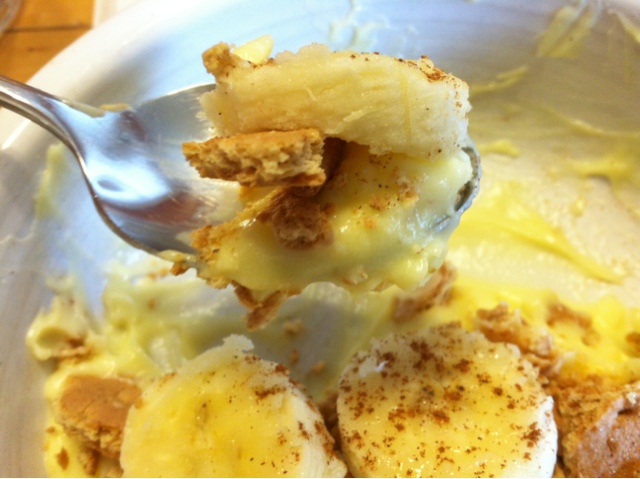 Try not to eat the entire batch. 🙂

In other news, the first knuckle on my fourth finger on my right hand is broken. It’s stuck in a splint for at least three more weeks. The moral of the story is: don’t break up girl fights, especially right before summer break. My art is a little slow right now. 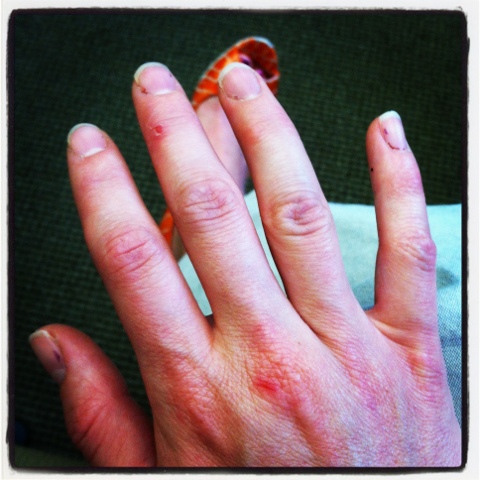